Are You the Biggest Theater Fan? Tune in to This Week's Elaine Paige on Sunday to Find Out! 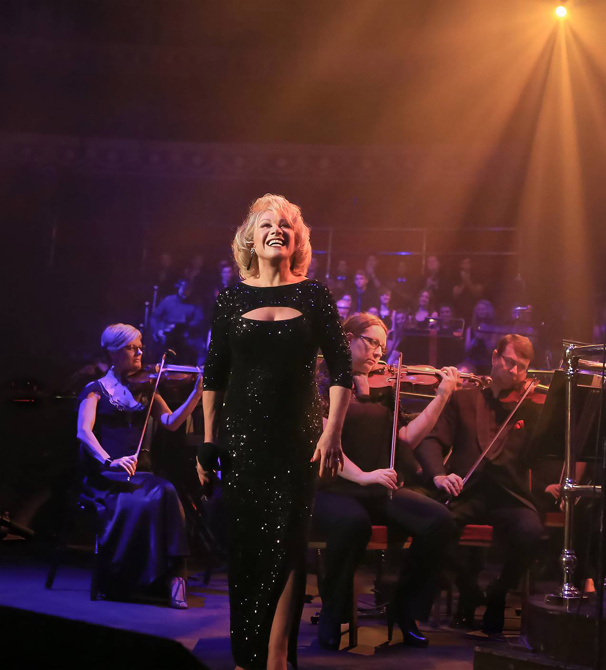 Broadway might still be shut down, but Elaine Paige on Sunday isn't! Olivier-winning actress Elaine Paige is giving Broadway.com listeners a chance to hear her BBC Radio 2 show. This week's episode is all about you, the fans! In addition to playing the best songs from the stage and screen, Paige will be saluting theater fans who have been to see the same show more than three times. This fresh episode will also highlight important need-to-know West End news. Be sure to catch the full episode by clicking the link below!

Theatre Kind Of Returns With (Of Course) Godspell

At Berkshire Theatre Group’s outdoor production of Godspell, things are different. “For the artists, it’s a brave new world. … They perform six feet apart in the musical about Jesus and his disciples, flanked by plexiglass shields on wheels that protect them and the audience as they sing. For good measure, in their pockets they […]

Is The British Theatre Critic Tradition Coming To An End?

It is hard to think of a leading critic under fifty. There is no new generation in sight. This is unprecedented. Billington was barely thirty when he began at The Guardian, older than Nightingale when he started at The Statesman. Much is made of the fact that Tynan took over at The Observer when he […]

Instead Of Canceling Its Next Production When COVID Hit, This Theater Completely Reimagined It

Aleshea Harris’s Is God Is was the last show of the season at theWilma Theater in Philadelphia, and when the shutdown came, there was still time to figure something out. “We then went through at least four different iterations of what the production could be,” said managing director Leigh Goldenberg, “so that we could still […]

Want Your Favorite Broadway Stars to Sing You to Sleep? Aaron Lazar Has Got It Covered

Aaron Lazar wants to help you to fall asleep. Lazar, who was most recently seen as Larry Murphy on the Dear Evan Hansen national tour, has announced his new project, Broadway Lullabies, an album full of your favorite Broadway stars singing the sweetest drift-off-to-sleep songs. Lazar stopped by Broadway.com's #LiveatFive: Home Edition to share what inspired the album and talked about working on the upcoming TV show Filthy Rich.

With a goal of raising $15,000, Broadway Lullabies is an independent project dependant on Kickstarter fan contributions. "I thought about bringing this to a label and raising money, but I wanted to see if people wanted it," Lazar told Paul Wontorek. "I pitched the idea to enough people, and it felt like the right concept. People were super heartfelt about it. I'm just curious to see if the Broadway fans are interested in it too. If people donate, there's a lot of prizes too. You can get Broadway stars leaving you voicemails and doing Zoom calls with you. Once we finish recording it, we'll send it to folks who make a certain donation a month before anybody else gets it. We're really open to feedback and ideas because we want it to be fun …